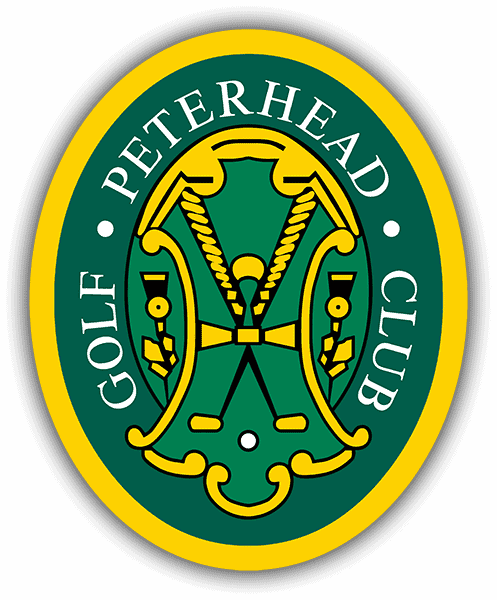 The 18th Oldest Golf Club in the World

“Visitors to Craigewan Links can expect a warm welcome from both the clubhouse staff and members alike. The modern clubhouse provides all the facilities you would expect, with various catering options available on request.

The Old Course provides a golfing challenge to golfers of all standards, and the prevailing weather conditions adds to the degree of difficulty.

Once you have negotiated the “valley holes” and battled home, I would invite you to regale the events of the day whilst partaking in a small libation in either the snug bar, or the Craigewan lounge.

I wish you good luck in your golfing endeavours and hope you thoroughly enjoy your visit to Peterhead Golf Club.”

In order to have the Club’s history in perspective, it is necessary to appreciate that by 1800 there were only about 10 Golf Clubs in existence, according to the records kept by the R and A, and most of them were on the east coast of Scotland. It is known that golf was being played long before then, but it appears that it was not until the second half of the nineteenth century that golfers formed themselves into clubs. This is therefore amongst the elite in terms of longevity.

For about 25 years after the Club’s establishment at Craigewan the only access across the river to the golf course was by ferryboat, operated by the Club, who engaged the ferryman.

We know that one William Duthie, Well Street, Buchanhaven was appointed in 1901.

In 1894 a dispute arose between the club and Colonel Ferguson who owned the land at the town side of the river. He wanted to have control of the ferry and to engage his own ferryman. This led to such acrimony that he threatened to withdraw permission for the Club to use the Golf Course. He even went as far as to plough up one of the greens. Fortunately, a compromise was reached!

Around 1905 discussion took place as to the possibility of extending the course along the riverside or in the other direction. Professional Archie Simpson was invited to advise on this. By 1906 the Council and Feuars Managers agreed to purchase part of St Fergus Links. By 1908 the course has been extended to 18 holes.

In 1925 the ferry boat was disposed of and the ferry-Mans’s hut was removed at the side of the Clubhouse.

In 1926 a shelter and tea-room were built near the 16th green. In 1927 an extension to the Clubhouse was approved, also a shop and workshop for the green keeper.

Often during the 1920’s, mention was made of erosion by sand behind the clubhouse and along the 16th fairway. Concern with this problem is mentioned in the Minutes from time to time right up to 1969 when finally the sand was threatening the clubhouse and was encroaching on the 15th, 16th and 17th fairways.

In 1937 we read that severe easterly gales washed away about half of the ground immediately behind the clubhouse – including the septic tank – and has exposed the gas and water mains. It was stated that the clubhouse would be put in severe danger should the same occur. A groyne, for protection, was erected.

In 1938 season tickets for the Birnie Bridge were 5/- per annum to Golf Club members.

A new bridge was built in 1990 to replace the Birnie Memorial Bridge.

The present Clubhouse was opened in 1996.

With the establishment of Peterhead Golf Club in 1841 the clubs history is amongst the elite of Scotland.
1841
1892

The current ‘Old Course’ began as a 9 hole course in 1892 on Craigewan links, designed and laid out by Willie Park Junior a dual winner of the British Open Championship.
1892
1908

The ‘Old Course’ was extended to 18 holes in 1908 and a second 18 hole course, the ‘New Course’ was established in 1923. During the Second World War, reduced resources resulted in the ‘New Course’ being neglected, however it does exist today as the 9 hole ‘New Course’.
1908
Manage Cookie Consent
To provide the best experiences, we use technologies like cookies to store and/or access device information. Consenting to these technologies will allow us to process data such as browsing behavior or unique IDs on this site. Not consenting or withdrawing consent, may adversely affect certain features and functions.
Manage options Manage services Manage vendors Read more about these purposes
View preferences
{title} {title} {title}

Join us on social media to stay up to date .

Join us on social media to stay up to date .